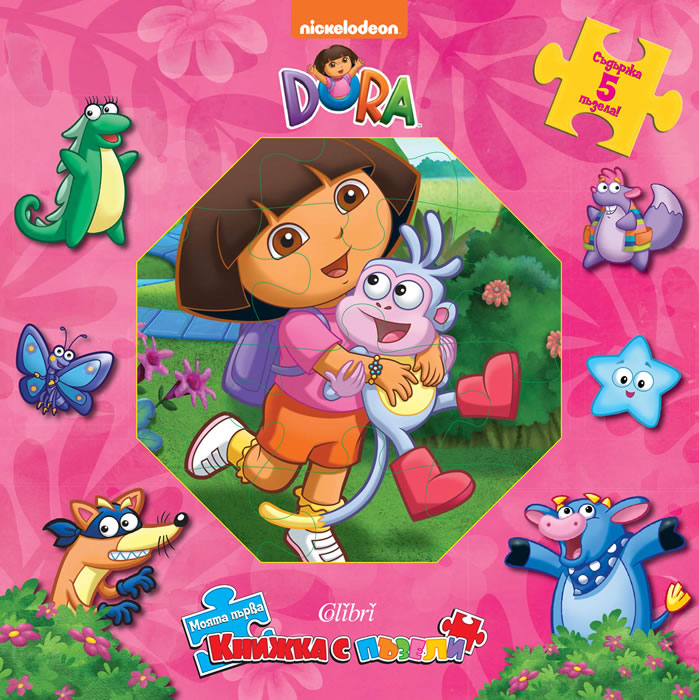 Do you know where the puzzle pieces go? Put together all five Dora puzzles by matching them with the images in the book. Then read the mini-adventures to bring each adorable scene to life!

Dora the Explorer. Dora's Book of Manners
Dora The Explorer