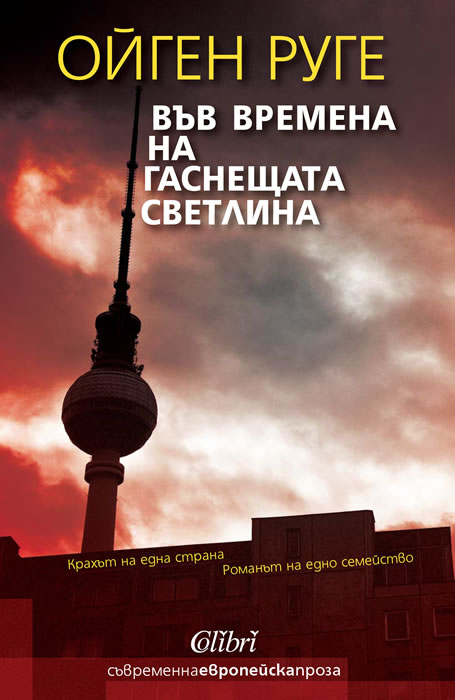 In Times of Fading Light

In Times of Fading Light begins in September 2001 as Alexander Umnitzer, who has just been diagnosed with terminal cancer, leaves behind his ailing father to fly to Mexico, where his grandparents lived as exiles in the 1940s.

The novel then takes us both forward and back in time, creating a panoramic view of the family's history: from Alexander's grandparents' return to the GDR to build the socialist state, to his father's decade spent in a gulag for criticizing the Soviet regime, to his son's desire to leave the political struggles of the twentieth century in the past.

With wisdom, humor, and great empathy, Eugen Ruge draws on his own family history as he masterfully brings to life the tragic intertwining of politics, love, and family under the East German regime.
An enthrallingly expansive family saga set against the backdrop of the collapse of East German communism, from a major new international voice.
Categories
Contemporary FictionContemporary European FictionContemporary European Fiction Series
About the Author

Eugen Ruge was born in the Urals, studied mathematics in Berlin and became a member of the research staff at the Central Institute for Geophysics in Potsdam. Before leaving the GDR for the West in 1988 he was a writer, contributing to documentaries made at the state-owned DEFA Studios. Since 1989 he has been writing and translating for theatres and broadcasters, and teaches periodically at the Berlin University of the Arts. He was honored with the Alfred Döblin Prize in 2009 for his then still unpublished first work of prose, In Times of Fading Light, which won the German Book Prize in 2011.