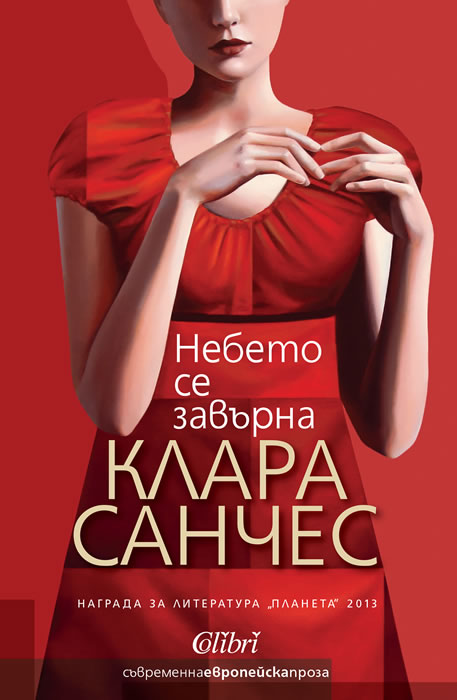 The novel tells the story of Patricia, a successful young model. She was told by a clairvoyant on a flight that someone wants to kill her. Distrustful and not so prone to superstitions, Patricia returned home and decided to forget about this unfounded warning. But after several mysterious events that affect her work and her personal life, she remembered Viviana’s words. A little later Patricia is forced to reconsider her whole life and look at everything again with new eyes. "Heaven Has Returned" is an obsessive, artfully constructed story about the price of success. About how someone you thought was close to you, may turn out to be your biggest nightmare.

Clara Sánchez (1955) is a Spanish novelist. Born in Guadalajara, her childhood was marked by frequent travel owing to her father's career. She earned her degree in Spanish philology from Complutense University of Madrid, and later made her home in that city. Since receiving her degree, she has taught at the National University of Distance Education.

Sánchez is a columnist for the Spanish newspaper El Pais, and has eight other books to her credit which have been translated into many languages including German, Russian, French, Greek and Portuguese.

Sánchez has provided prefaces for the works of foreign authors including Yukio Mishima and Andrzej Szczypiorski, has written for a variety of national periodicals, and has been an occasional contributor to the TVE series ¡Qué grande es el cine! directed by José Luis Garci. Her debut novel, Piedras preciosas (1989), received critical acclaim. In common with her subsequent work, it employs intimistic, costumbrist prose and cynical humor to reveal the inadequacies of the modern world. After No es distinta la noche (1990) and El palacio varado (1993) came Desde el mirador (1996), an exploration of human vulnerability taking the form of a portrait of a forty-year-old woman; El misterio de todos los días (1999), the story of a female professor who falls in love with one of her students; and Últimas noticias del paraíso (2000), an exploration of the confusion and alienation of contemporary youth, which won the prestigious Alfaguara Prize in 2000. Her work has been published both in Spain and Latin America.

In 2010 Sánchez received the Premio Nadal for her novel Lo que esconde tu nombre, a psychological thriller whose protagonists include a Spanish republican survivor of Mauthausen-Gusen concentration camp and an alienated young woman who cross paths with an elderly Nazi couple in the Costa del Sol.