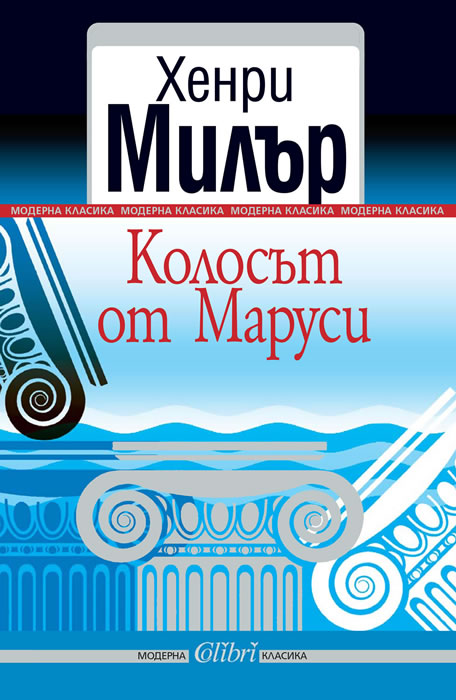 The Colossus of Maroussi

"The Colossus of Maroussi" is an impressionist travelogue by Henry Miller, written in 1939 and first published in 1941 by Colt Press of San Francisco. As an impoverished writer in need of rejuvenation, Miller travelled to Greece at the invitation of his friend, the writer Lawrence Durrell. The text is inspired by the events that occurred. The text is ostensibly a portrait of the Greek writer George Katsimbalis, although some critics have opined that is more of a self-portrait of Miller himself. Miller considered it to be his greatest work.

Henry Miller sought to reestablish the freedom to live without the conventional restraints of civilization. His books are potpourris of sexual description, quasi-philosophical speculation, reflection on literature and society, surrealistic imaginings, and autobiographical incident.

After living in Paris in the 1930s, he returned to the United States and settled in Big Sur, Calif. Miller's first two works, Tropic of Cancer (Paris, 1934) and Tropic of Capricorn (Paris, 1939), were denied publication in the U.S. until the early 1960s because of alleged obscenity. The Colossus of Maroussi (1941), a travel book of modern Greece, is considered by some critics his best work. His other writings include the Rosy Crucifixion Trilogy —Sexus (1949), Plexus (1953), and Nexus (1960).