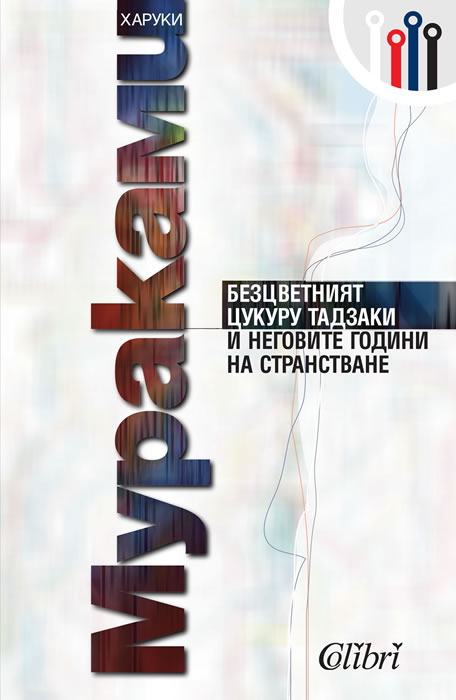 Colorless Tsukuru Tazaki and His Years of Pilgrimage

"Colorless Tsukuru Tazaki and His Years of Pilgrimage" is the long-awaited new novel - a book that sold more than a million copies the first week it went on sale in Japan - from the award-winning, internationally best-selling author Haruki Murakami.

Here he gives us the remarkable story of Tsukuru Tazaki, a young man haunted by a great loss; of dreams and nightmares that have unintended consequences for the world around us; and of a journey into the past that is necessary to mend the present. It is a story of love, friendship, and heartbreak for the ages.

“Hypnotic. . . . Colorless Tsukuru spins a weave of . . . vivid images around a great mystery. . . . In the past decade, James Wood has convincingly argued that what the novel does best is show us what consciousness feels like. Murakami, in his own oblique way, has sharpened that objective to a mystical cognitive science: This, so many of what of his books tell us, is what perception feels like. . . . [He] elegantly describes how emotional trauma can lead us to disassociate. . . . The story flows along smoothly, wrapping around details like objects in a stream.” —John Freeman, The Boston Globe

“[Murakamai] has opened his vision, his sensibility, to reflect the distances implicit in being alive. . . . More than just a story but rather a meditation on everything the narrative provokes. How do we connect, or reconnect, to those around us but also to the very essence of ourselves? Where, in the flatness of contemporary society—which in this novel, as in so much of his work, Murakami evokes with a masterful understatement—do we find some point of intersection, some lasting depth? . . . There is a rawness, a vulnerability, to these characters, a sense that the surface of the world is thin, and the border between inner and outer life, between existence as we know it and something far more elusive, is easily effaced.” —David L. Ulin, Los Angeles Times